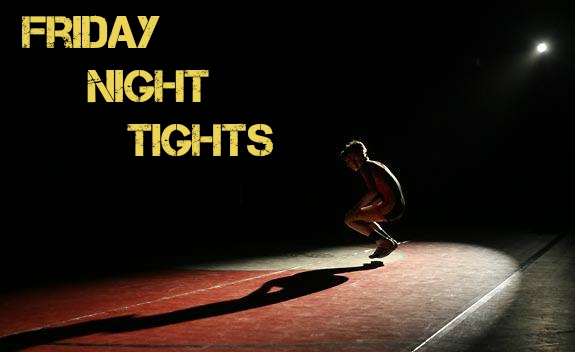 I’m a TownKid. If you don’t know what that means, just know that I have an immense sense of pride in the city where I’m from. That’s why it was so hard to leave and coach wrestling at a high school about 20 miles away from there.

About 2 months ago, I was named the 4th head wrestling coach in school history where I work as an English teacher. Most likely the first black head coach of a sport in school history as well. That’s a humbling feat at age 25. I mean, I’m no Thanos, but I feel like I’ve accomplished many life goals almost as quick as snapping my fingers.

I work at a large, predominately white and Hispanic high school in Illinois, a school that has produced a pretty amazing wrestling team once every decade. When I first started teaching there last year, I became the head freshman wrestling coach.

I remember one of our first meets of the season, I was the varsity after the freshmen had just got mollywhopped (Despite all 7 of my freshmen winning, we still lost as a team because we forfeited 8 of the 15 weight classes). We had guys wearing over-sized green and blue hoodies when they warmed up before a match (mind you, our school colors are neither of those). Wrestlers would stride out in SpongeBob pajama pants as they shook their opponent’s hand who was dressed in an intimidating all-black quarter zip Nike warm-up. I’m sitting there thinking, bruh, we out here looking like a bunch of ragamuffins! Not a team.

Despite the fact I make fun of these kids, I love them. I spend more time with the wrestling family sometimes than my own family (my wife just rolled her eyes so hard that they just got stuck looking at her brain with the stank eye). The season doesn’t start until November 2018, but I’m going to write about the team and how we do things. I’ll be placing a story here on Fridays (or sometime on the weekend). Here is a little introduction to some of the kids…

It’s the off-season, so we only practice once or twice a week (including Freestyle/Greco developmentals). There are about 30 kids in the program not including the incoming freshmen. These 7 wrestlers are my little homies right now:

Caramel Thunder  – Well, he can’t be Chocolate Thunder; he’s too light-skinned. I coached this kid in football the season before. He’s probably…nah he is. He’s the most athletic kid on the team. He’s agile, quick, fearless, and has the confidence of the love child of Tony Stark and the Dos Equis guy. He wrestled in the kids club for a few years before high school, so coaching him is as easy as it is frustrating. Need to get him back in the room, he cares more about running through the Six with his woes than running to get in shape. Kid chance the potential to be the best wrestler on the varsity team next year.

El Jefe Bebe – His name is explanatory. He’s definitely a leader on the team, but still has that prepubescent baby face…and body. Still looks 8 even though he’ll be 17 soon. He is Caramel Thunder’s competition for a spot on varsity next season. I might change his name to Lil Keven Gates, because he never gets tired of messing around with other kids. And other coaches. Ugh.

Papa Bear – The outspoken leader of the team. If I ain’t around, he takes over the mantle of team daddy. He’s embraced the team culture of family and has taken many underclassmen under his wing. He affectionately calls some of them “mijo.” In the interview to become captain of the team, he said, “I just want to be the big brother to the kids who may not have a big brother to look up to. I want to set the example that wasn’t set for me.” Damn, was someone cutting onions or something?

Cheese – He’s just always cheesin’. Like, he could get his ass whooped in a match. He’ll step off the mat, smile, and say, “Well, at least I gave it my all.” I mean, he’s right. I am happy that he has a positive attitude because he put maximum effort into his wrestling match. But come on, dude. Get mad, sit in the corner and pout, something! I bet when half of the universe turns to dust, he smiles and goes, “Well, at least they tried.”

Kid Hulk – This kid is a monster. I have him in class too. When he first walked in, I thought he was a freaking senior. Kid Hulk is the hardest working kid in the room. He’s the kid who eats a bowl of nails for breakfast without milk. He doesn’t win many matches though. One night during a meet last season, which he was losing tremendously, he tackles his opponent basically into the shadow realm in the waning seconds of the match. I swear his eyes glowed bright blue and his hair went blonde with a fiery aura surrounding body. He’ll definitely go D1 as a football player. He might go D6 for wrestling…

Antonio White – He catches everything and anything you throw at him. Just like Antonio Brown…just the white teenage boy version. Definitely one of the smartest kids on the team. You show him how to do a move, he has it down immediately. He’s grown into a great leader of the team as well. One practice last season, he came to me and said, “Hey coach, the team needs to quiet down.” I encouraged him to step up and tell the kids himself. He turns around and goes, “Everyone shut the fuck up!” Yeah, we’re going to have to work on him.

In-Tents – I coached this kid in football too. His intensity never dies down. On the mat, he’s all, “Gotta kill my opponent!” Hurts his leg in a match, he’s like, “Just cut that shit off!” Joins a spelling bee? “I-N-T-E-N-T-S, intense! Raahh!” I love him. I’m not supposed to have favorites, but he’s definitely mine.

Many of the wrestlers complained that they did not like last year’s captains. Not that they didn’t like them as people; they were their friends. But they felt that they weren’t leaders. So, here is the process I developed to select the team captains for this upcoming season:

Dirty Topic of the Day

[New Kid comes to our workout 5 min before it ends]

Kid 1: You were on the mat and wrestled with us. You know you need to take a shower now or as soon as you get home.

New Kid: But I’m hungry and have homework and gotta get on Fortnite.